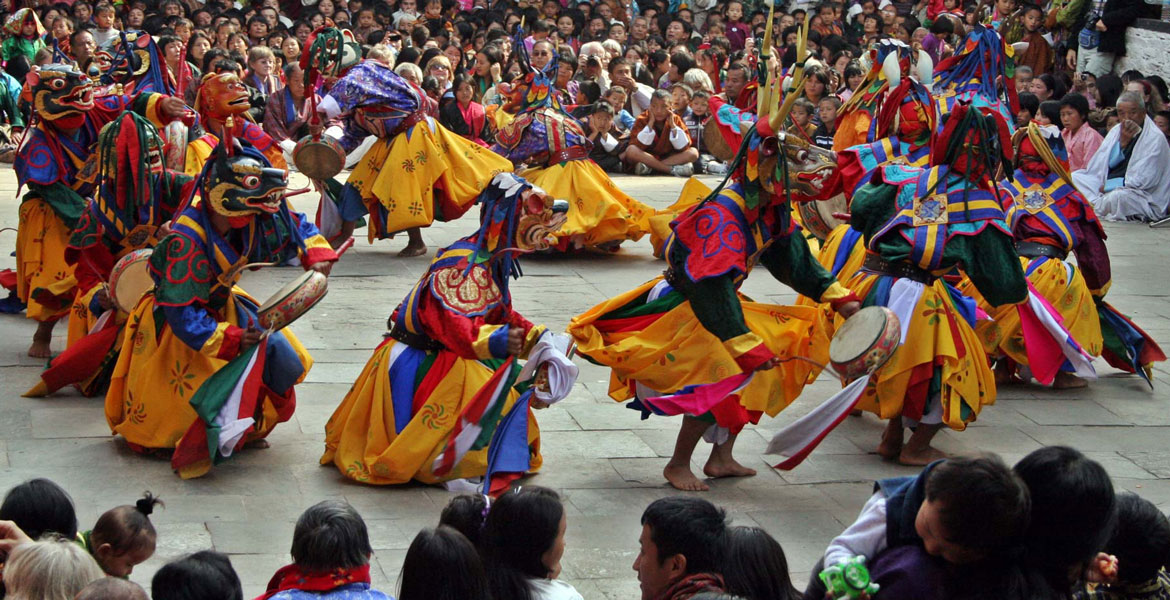 Trashigang Dzongkhag is the largest district in the country. Its aboriginal inhabitants are known as the Tshanglas. Trashigang dzong sits majestically on a high ridge overlooking the Dangmechu and the Gamrichu.

It was built in 1651 and over the years has played a crucial role as the administrative center of the district. In the 17thAi??century it was also essential in defending the province as it withstood several Tibetan attacks that were launched from Tawang in Arunachal Pradesh.

Every village in the district has its own distinctive annual festival but the highlight is the three day Tshechu that is held in Trashigang Dzong during the 7thAi??to 11thAi??days of the tenth month of the Bhutanese calendar (December). The Tshechu is attended by the Brokpas, a semi-nomadic people that reside in the valleys of Merak and Sakteng, the Khengpa community and people from as far as Samdrup Jongkhar, Pema Gatshel and Trashiyangtse.

Preparations for the Tshechu begin 2 days prior to the actual festival. On the 7th day of the month the monks perform ceremonial ablutions or thrue. On the 8thAi??they have rehearsals in preparation for the Tshechu. Then on the 9th of the month the Tshechu begins proper. On the 10thAi??day the Thongdrol of Neten Chudrug (Sixteen Arhats) is unfurled amidst a flurry of mask dances. On the final day, the old Thongdrol of Guru Tshengyed is displayed. The unfurling is accompanied by the performance of Guru Tshengyed Chhams.