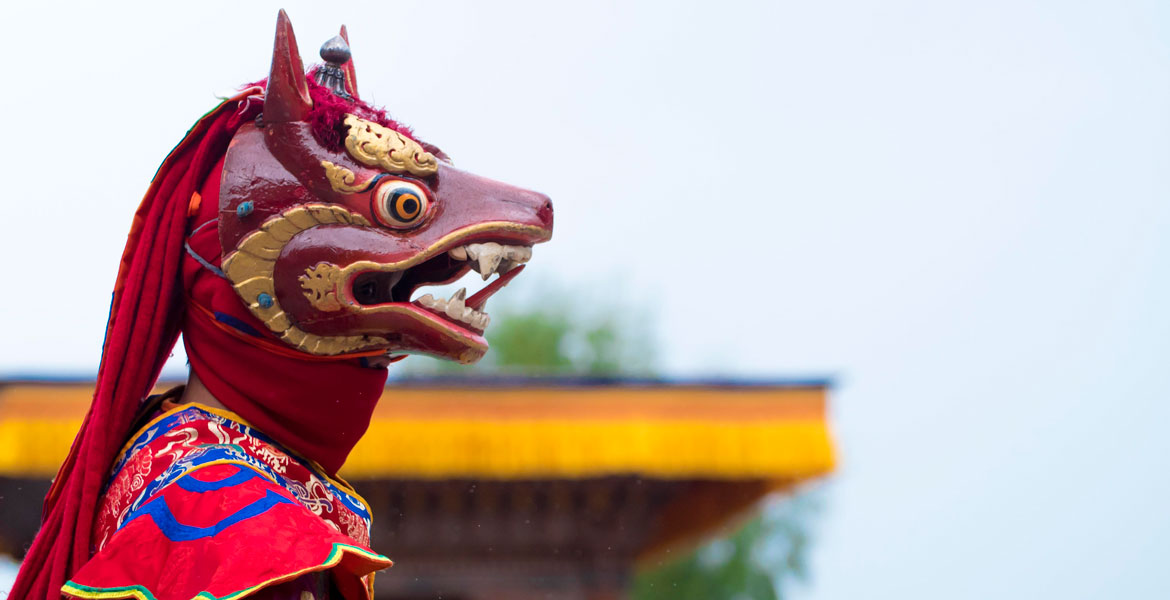 Nimalung Lhakhang is located in Chumey in Bumthang. It is approximately a 15 minute drive from the road that branches off from the village of Chumey.

The Lhakhang was co-founded by Dasho Gonpo Dorji and Doring Trulku Jamyang Kunzang, the third mind-aspect reincarnation of Terton Jigme Lingpa in 1935.

The main relic of the two-storied temple is a magnificent statue of Guru Rimpoche. The monastery is decorated with murals of the Nyingmapa and Drukpa traditions. There are also paintings of Guru Rimpoche and his disciples, the lineage of Terton Pema Lingpa, and several Buddhist masters affiliated with the monastery.

One of the most important festivals held at the Lhakhang is the Kaling Zhitro Drubchen. It was initiated by Doring Trulku and he was the first person to have started the rite in Bhutan. It is held on the first fifteen days of the first month of the Bhutanese calendar.

The local Tshechu is held once a year in the 5thAi??month of the Bhutanese calendar. During the Tshechu an awe-inspiring Thongdrol (gigantic scroll painting) of Guru Rimpoche is put on display for attendees. The Thongdrol is nine meters long and twelve meters wide and in addition to inspiring wonder is said to cleanse the sins of all those who look upon it. The Thongdrol which was donated by Lopen Pemala and was consecrated in June 1994 in the presence of a large crowd of villagers by Lhalung Thuksey Rimpoche, the reincarnation of mental aspect of Pema Lingpa. During the festival, a series of colorful and spectacular mask dances are performed.